Outdoor stores nowadays can be easily seen spread all over the world, and there are brands you can easily find on the street such as The North Face, Arc’teryx Archaeopteryx, Fjällräven, and Swedish Little Fox. But do you know where these brands are originated from?  what stories they eager to convey and what actually makes them so special? Here we have enclosed you the top 10 outdoor leading brands from the United States depicted below. Before pumping up your climbing supplies, you should not miss this opportunity to understand the stories behind regarding to these extraordinary outdoor leading brands! In 1966, there were two climbers who loved mountain climbing, set up a small mountaineering store in San Francisco, and named it The North Face. They started to design and produced professional mountaineering clothing and equipment.

The brand name “The North Face” was originated from the northern hemisphere. The northern part of the ridge has the shortest daylight and coldest temperature, which correspondingly became the most dangerous and challenging area to exercise. Climbing undoubtedly requires experienced skills and excellent equipment to facilitate. The real climbers have to possess fearless characteristics and continuously challenge themselves, therefore The North Face is named after the most challenging part of the northern hemisphere for the climbers. ” Never Stop Exploring” has become the brand’s motto ever since. The North Face has always produced with advanced technology and professional design. It has a complete climbers’ product line from all range across from outdoor clothing, backpacks, equipment, and shoes. The North Face was highly valued by many extreme athletes; moreover, it provides long-term sponsorship for various kinds of extreme sports activities. Professional products allow sport lovers who are passionate for outdoor activities to furthermore challenge their limits.

Marmot-Where There is a Mountain, There is Marmot

Marmot’s mascot is a Groundhog, it is a small animal living in the cold mountains.The climbers believes the marmots have strong vitality as the mountains.

Marmot was originated as a club for investigating glaciers.The apprentice has to climb the ice mountain peak with experienced member in order to join this club.As members increased over time, the club recognized they wanted to enhance on mountain climbing equipment, and therefore established the company ever since. They started to design and produce jackets, vests, sleeping bags and other products. In 1976, Marmot was one of Gore’s earliest cooperative companies to use the Gore-Tex technology, and Marmot has grown to become a well-known international brand. Marmot is one of the most famous outdoor brands in the United States, they maintain their leading position by using the latest technology in fabrics, materials and producing techniques. The most prominent products are clothing, sleeping bags, gloves, tents, backpacks, etc. 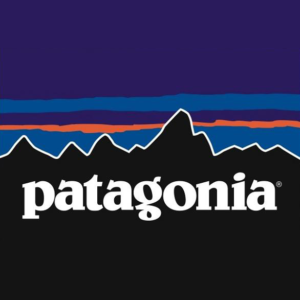 Rock climber Yvon Chouinard once went to the Fitz Roy Peak in Patagonia Plateau, had encountered a severe storm, he was stuck on the plateau and suffered under the storm for three weeks. Thus, when he founded the brand in 1973, he wanted to introduce the products that can withstand the harsh climate as he experienced in Patagonia plateau, which was also the inspiration for the trademark design.

Patagonia persists to be environmentally friendly.They used recycled polyester or PET bottles as their raw materials and cotton-made outfits are made of organic cottons. The company also donates 1% to 10% of its revenue to environmental charity groups. Because Patagonia actively advocates the concept of green environment, hence their propaganda was greatly supported by politician and celebrities including former US President Bill Clinton. Patagonia mainly produced sports outfit, they are specialized in tailor-made and functional designed clothing. It is also one of the few brands that offer special sizes for the niche market. Patagonia is now the top sales brand in the US outdoor retail store REI, and also has second-best sales in Japan market. Mountain Hardwear was founded in California by a number of experienced outdoor explorer in 1993. The screw is used as a trademark to symbolize high stable quality of the product and provide full support for the climbers to complete their challenges.

Mountain Hardwear has continued to support mountaineering climbing ever since its early establishment. The most notable events were sponsoring Ed Viesturs to climb 14 peaks of over 8,000 meters and helping Babu Chiri to complete a 21-hour stay at Mount Everest. The reason Mount Hardwear becomes one of the top outdoor brands is due to their products quality that can withstand the harsh climates. Mountain Hardwear produces various type of outdoor products, including apparel, tents, sleeping bags, and backpacks. It is known for its top-quality materials, innovative design, superb workmanship and first class tailoring, especially in hard-shell garments, Mountain Hardwear is considered as a the leader in outdoor activity brands.

Columbia Sportswear Company was founded in Portland in 1938. Since Oregon State often rains lot, the company originated as a raincoat company.After several years, it is now a well-known outdoor sportswear brand, selling across 100 countries and owns more than 13,000 retail stores all over the world.

When mention about the brand “Columbia”, the spiritual lady Gertrude Boyle appears to be the role model in mind, when her husband passed away from heart disease in 1970, she presided over the company, and involved in public endorsement for the company and showed the spirit of “perseverance and sportsmanship to accept all challenges”. Columbia had successfully turned the business into profitable company. Gertrude Boyle has therefore honored as “Ma Boyle” and also nominated as one of 50 outstanding American business women. The sport products under Columbia ranging from hiking, cross-country running, water sports and urban leisure. The most famous Titanium series is the prime choice of outdoor equipment, as it possesses fashion feature with specialized technology, and ultimately light in weight.All products need to pass strict environmental testing and approved by the President’s “Tested Tough”, the highest quality certification before launch to the market. Columbia provides outdoor sportswear, footwear, and accessories that cater for customers’ needs.

Gregory- The Gentleman In Outdoor Backpack

Wayne Gregory , the founder of Gregory, often participated in boy scouting activities during his childhood period. At that time, he used his mother’s sewing machine to make his own backpacks. The outdoor activities also provided abundant opportunities to test the quality of his backpacks. In 1977, Gregory established the brand with his wife Susz.

Wayne believes that the most comfortable backpack has is to be fit, that means the backpack should be “wore” on the body instead. As long as the length, curvature of the backpack’s strap and belt match at the appropriate place, no matter how heavy the backpacks are, the weight will naturally transform to the corresponding position of the body accordingly, therefore reduces the pressure on the shoulder. Large backpacks from Gregory come in a variety of sizes. The straps and belts can be adjusted or replaced in different lengths and angles, which allows the backpack to be flexibly form in different combinations. Anyone can find a unique tailored designed Gregory backpack just based on his/her specific height and weight.
Gregory backpack has won many awards for its advantages in matching the body form. Meanwhile, it has been selected by many snow mountain expeditions, field schools, and even US special army forces. The “Baltoro Series” is one of the classic bag used by most mountain climbing guides in the world. Mike Pfotenhauer, the soul of Osprey, specialized in art at University of California in Santa Cruz when he was young. He began to sew his backpack and sleeping bag while he was a student. His delicate sewing technique spread fast via word of mouth. In 1974, Pfotenhauer finally had his own store in downtown Santa Cruz and he named the company Osprey. The brand name was inspired by his childhood memory, once there were two ospreys flew under the storm at Little Grand Canyon in Wyoming, as the image of Ospreys flew under the lightning deeply stroked him. The most well-known patented technology “customized thermoplastic belt” is based on the use of oven heat energy to soften the foam material in the belt, and the shape is formed based on the human ergonomics simulation. The thermoplastic belt can best fit on the body shape, comfortably covers the pelvic area of the user to avoid pressure points.

Today,Osprey has become a leading brand of quality control and design that specializes in backpacks. There was a legendary moment when Erik Weihenmayer, who was the first disabled blind person who climbed the Mount Everest with Osprey’s backpack. The picture was published on the cover of Time Magazine. Lowe Alpine was founded in Colorado by Greg Lowe in 1967, who indulged in alpine climbing. Greg Lowe was dissatisfied with the climbing backpacks in the market at that time, hence he conveyed his ideas regard to the functional and style of the backpack of his own to the public.

The early backpacks was designed as the outer frame backpacks. Lowe Alpine introduced a new concept and invented the ideal “inner frame backpack”. The idea was to hide all the visible carriers in one sack, which effectively transforms the weight equally to the shoulders and the waist which considerably reduces the loading pressure. In addition, Lowe Alpine also designed a backpack compression belt, stabilized shoulder straps, plastic buckle, and adjustable back length carrier. These innovations depicted above have unprecedentedly made some major breakthroughs to the backpack design, blending in with current fashion.The built-in shelf backpack has become one of the standards backpack structural design nowadays. Besides the revolutionary development of the built-in shelf backpack, Greg Lowe also invented a rock climbing assisted gadget, the camming device, and the first pair of upright front teeth crampons, which also contributed greatly to the technical development of the climbing sport. In 1957, 18-year-old mountain climber Yvon Chouinard (also known as the Patagonia brand associate) discovered that the current mountain climbing equipment could not satisfy various conditions the climbers encountered nowadays.He then started to produce simple and practical mountain climbing equipment by himself. Chouinard began with selling his hand-made rock peg while he was climbing at Yosemite, he was able to gain vast reputation among the experts for rock climbing, and therefore established Chouinard Equipment Company of his own. Later, the company faced dissolution, the original employees took over and formed the Black Diamond. Black Diamond is a company consisting of people who love mountain climbing. The producers themselves are also loyal to their products. They believe that if the products they deliver are not qualified to meet their criteria, then the customers undoubtedly will not be satisfied. In actual production, Black Diamond conducts various tests to continuously improve and exceed its own design level, so they are able to provide the best outdoor products for users. It is now the world’s leading brand of professional rock climbing, mountain climbing, and skiing. 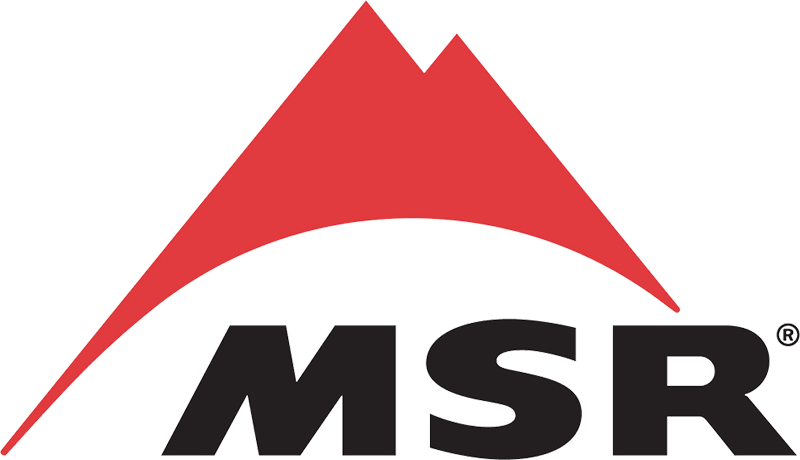 Larry Penberthy, the founder of MSR is a former engineer. He noticed that the design of many outdoor products are lack of safety requirements. Penberthy has a personality of execute his idea and transform into action,hence MSR was established and focused on the safety mountain climbing products. MSR products designs are aimed at light in weight, with high efficiency that is convenient to use, easy to repair, and the most importantly to convey the best safety outdoor products. Their excellent design and quality have gained reputation all over the world, MSR is also the most trusted professional outdoor equipment chosen by for the polar expedition, climbing team, rescue team, and all outdoor players.

Edited by Christina Chang
＊Article belongs to OurTrails, no reproduction without permission！